Back to school sale Save 20% on Premium annual »

Add to Notebook15 questionsReport a problem

Le Plus-que-Parfait in French is the direct equivalent of the pluperfect in English. It could be described as "the past of the past":

After I had been able to buy a car, traveling to work was no longer an issue.

Of course, English speakers are likely to make contractions:

After I'd been able to buy a car, traveling to work was no longer an issue.

Note that pouvoir in the French pluperfect (Le Plus-que-Parfait) follows this construction:

Reminder of how to conjugate avoir in L'Imparfait 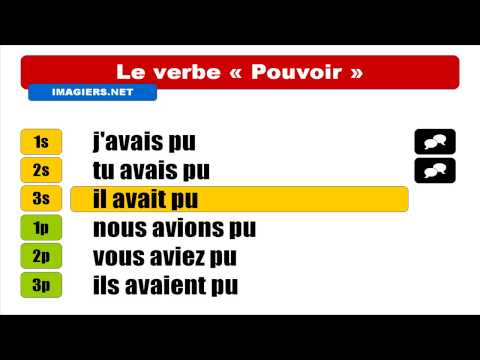