Add to Notebook40 questionsReport a problem

You already know that in some cases, we can use Le Présent Indicatif to express immediate/near future actions in the Continuous Present in English (I'm coming soon) - see Expressing immediate and near-future actions with the present tense (Le Présent) in French.

However, what we call the Near Future in English (or Futur Proche in French) is actually the following construction: to be going to + [infinitive]
= I'm going to eat / They're going to learn.

Conjugation of ALLER + INFINITIVE (to be going to) in Le Futur Proche in French:

Notice that Le Futur Proche, which expresses actions in the near future (= I'm going to [do something]), follows this pattern: 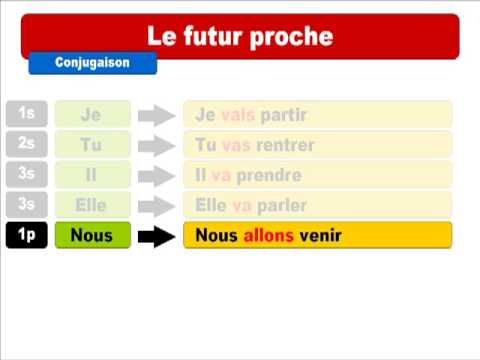