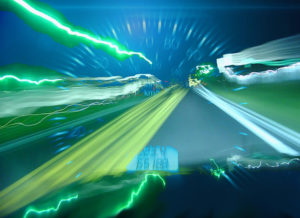 Want to double your learning speed?

Repetition is one of the most important learning techniques, yet it's woefully undervalued. Its efficacy has been known for thousands of years - even Aristotle wrote about it - but new research has found a way to make it even more effective.

Repetition is fundamentally built into the way Progress with Lawless French works. Every time you kwiz, you'll get just the right amount of question repetition for optimal learning speed. Simply taking lots of kwizzes will expose you to concepts enough times for the underlying grammar to sink in. You'll notice that Progress with Lawless French will ask multiple questions on the same topics but in different contexts, slightly varying the topic you're practising. We've always known this technique is highly effective - our users often tell us - but a study published in 2016 proves scientifically that slightly modifying repetitions can actually double the speed at which you learn.

Repetition is the mother of all learning. – Latin proverb

Fancy a break from the computer? Pencil and paper handy? You can use modified repetition outside of Progress with Lawless French to speed up learning.

Take the classic technique of writing out French verb conjugations five times. You can make this even more effective by using the conjugations in short sentences, making them different each time, speaking them as you go. This has the added benefit of making the exercise more interesting to do.

Do make sure that you master correct pronunciation though. Our French verb tables are audio-enabled so you can listen repeatedly and check your pronunciation.

It's rote learning, Jim, but not as we know it!

A more holistic method to learn grammar and vocabulary is to memorize a set text. But choose carefully: find something on a subject that interests you, and make sure that it

Listen to the piece at least ten times (repetition) before starting to try to learn it. Then work on committing it to memory (recall). You'll find this very hard at first and it will show you just how important it is to practise recall. Build up to being able to reproduce each sentence from memory.

Give yourself a week to learn the piece. Why? Sleep is also vital to learning. It may be different for you, but we find that seven nights of sleep is about the amount needed (with daily practice) for a text to be effortless to recall. To help motivate yourself, set this extra challenge: record yourself on a webcam saying the entire piece from memory without referring to the script.

If you're a beginner, you'll just want to learn a few sentences, such as from graphics comics or short dialogues. As you progress you can pick longer texts and learn a few paragraphs, or pages of dialogue at a time. Film and theatre texts are fun, as are books you liked as a kid since the language is usually simple.