Talking about the weather in French - il fait + [adjectif]

Add to Notebook49 questionsReport a problem

Notice that to talk about the weather in French, you will use the fixed expression

However,
You would never say Le temps fait bon.

ATTENTION:
You cannot say C'est chaud about the weather, but you can about something you touch or taste (like a cup of tea).

Il fait beau expresses that the weather looks nice (blue sky, sunny...)
whereas Il fait bon is more about how the weather is / feels (the temperature), meaning not too hot nor too cold: "It is warm".

This seems to be presented as idiomatic in a lot of French courses, and to be perfectly honest, some French people use it. However, it is not good French and still sounds clunky and child-like to many French ears (including mine).

Il fait should always be followed by an adjective, and il y a by a noun. 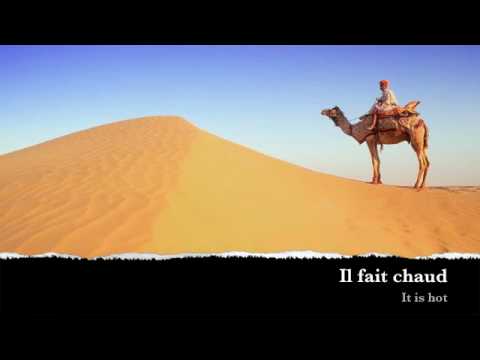